You are currently browsing the archive for the Misc… category.

Out With The New 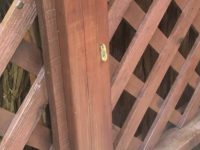 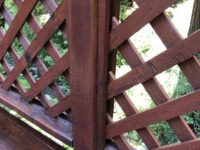 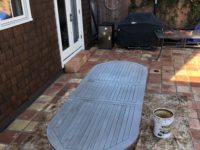 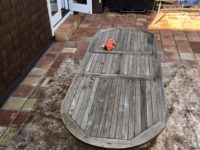 Oh Boy, December 9th, not my proudest moment.  I had just finished a very tricky and time consuming shingle maintenance project on Pleasure Point. 2017 had proven to be a very good year.  The draught that plagued our region for the past five years or so had been declared over, and consequently the pressure washing floodgates had opened up once again.  Along with that new found freedom came numerous new clients that were looking to have their deck(s) stained and/or their shingles refinished.  Again, it was a very busy and productive year, which is why, despite the unseasonably warm Santa Cruz winter weather, I still decided to shut everything down until the 2018 season.

My phone rang, and I screened the phone call.  A short message was left.  The message said that I came highly recommended from some forum called “Next Door”. The man left his address, name and number.  He and his wife live in the Glen Canyon area between Santa Cruz and Scotts Valley, which for all intents and purposes is close proximity to my personal residence.

He seemed nice enough on the phone.  He mentioned that he had already washed his decks and that he just needed somebody to stain the decks.  Strike One.  He also mentioned that he had done extensive research on deck stains, and that he had purchased ten gallons.  Strike Two.  As I am listening to this, I am thinking to myself that this guy is down 0-2 in the count, and that before he strikes himself out silly, despite having already ‘thrown in the towel’ for 2017, perhaps I should pay them a visit to at least provide free advice.  We were practically neighbors.

It was a 75 degree winter day.  The sun was shining.  I was relaxed.  Quinn and I took a drive up to see these people.  The house was beautiful.  The decks were good sized.  We pull up, and out the front door walks a 70ish year old man, barefoot and in board shorts, with a limp of sorts.  My gut feeling from the onset was not a good one.  I’ve been visiting homes and giving bids and performing five star work all over this county for 20 years, and something seemed fishy.  I have certainly earned the right to have my hunches out in the field.

So what did I do?  I began asking questions.  Lots and lots of questions. Questions about his bush-league wash job.  Questions about sun exposure, staining techniques, etc. etc..  Questions that I knew the answer to.  I wanted him to talk because I knew w/ certainty that in his mind he’s thinking that the job is like 2/3 complete and he(they) was simply calling the expert to finish the project off.  That my friends is a trap!!  In my mind, this job hadn’t even been started.  Big Difference!

His wife peered out from the back slider as we went walking by.  I smiled, shook her hand, and introduced myself.

Around the side part of the deck, this guy had already begun staining the stairs. Naturally I had questions.  This is about the time he began to misinterpret my questions.  My questions were being misinterpreted because my questions were trick questions that again I already knew the answer to.  My questions were my way of saying, “Dude, I know you think you are the expert, and I know you are beginning to think that this is my first day on the job, and I’m sure you’ve read 1000 homeowner forums about deck maintenance, but Dude…you have NO idea what you are doing, and Dude…trust me…I am hyper aware and keen to the fact that you have fallen for my invincibility, and you don’t even know it.”

I finally asked the guy, as I was pointing to the 5-gallon bucket of cheap stain from Home Depot, I said, “Is this the stain you are using?”  As I asked the question I knew the answer to, I got down on my hands and knees to read a word or two on the label.  And that is when he said this:

“You sure do ask a lot of questions guy!  I don’t think you are the right person for this job!”

Music to my ears!  I stood up, put my hand out, shook his hand and I believe I said something like “OK, thanks.”  I then turned my back and walked away.  I walked to the end of his deck, I opened the latch to the gate, walked to my van, started the van and began to slowly drive away.  It was weird I admit.  A bit tense too I must add.  We each rubbed each other the wrong way, no harm no foul..things happen..swallow your ego and move on.

Just about as I was getting out of sight, I heard this 70 year old punk snicker something snide and condescending under his breath.  At least he thought it was under his breath.  I slammed my brakes as Quinn slammed the dashboard.  I put it in park, set the emergency brake, told Dog I’d be right back, opened the door, and ran up to this guy’s chest in the EXACT same manner that George Brett charged the umpire during the Pine Tar Incident.

From somewhere not to distant, I heard his wife screaming for me to “GET OFF THE PROPERTY!!”

I flipped out and laid into this grizzled kook for a good 60 seconds.  I gave him everything I had. I must have called him every name in the book.  I went so nuts on this guy, I even scared myself.  But you know what?  Even though I would never do it again, it was totally worth it.

For 20 years I’ve been that guy performing the most sophisticated and honest bit of deck maintenance, shingle maintenance and restoration..Basically all things exterior wood maintenance, staining, sealing, the list goes on.  I’ve seen everything.  I’ve cleaned everything.  I’ve applied over 4000 gallons of high-end, Eco Friendly water based transparent material on all forms of exterior decks, siding, shingles, arbors all over Santa Cruz county.  I have probably performed 1500 bids and some 1100 jobs all said, and ALL without incident.  It’s a labor of love, and I would have to consider myself the very best at what I do.  What’s my point?

My point is that I have forgotten more than this guy will ever know, and I actually haven’t forgotten anything.  My passion for this is still at an all-time high.  As many times over the course of last 20 years where I had been forced by a client to remain composed, keep all my promises and non-promises, yet stay committed to custom quality work despite the discord, well this complete blowout was for all those other times.  All the other times that the client abused his or her privilege despite being treated as though they were King and/or Queen.

After the tirade, I got back in the van, apologized to Dog for exposing her to my dark side, oh and for slamming her into the dash, and we drove on down the hill.

For about four hours, I thought about what had gone down just next door.(pun) Yeah, that was a first for me.  On one hand, it was the most unprofessional display of character and business practice ever.  But on the other hand, true passion burns deep and sometimes can’t be contained.

Thought you should know..

Claim it, Clean it, Reclaim it 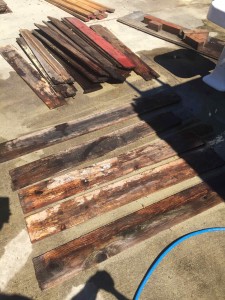 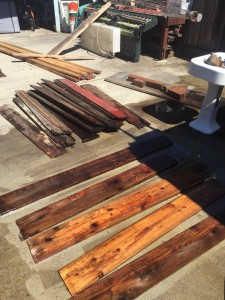 Everywhere in this town.  On your street, on my street, on his useless fence, on her decrepit barn.  Keep your eye open.  It’s worth it’s wait in wood. 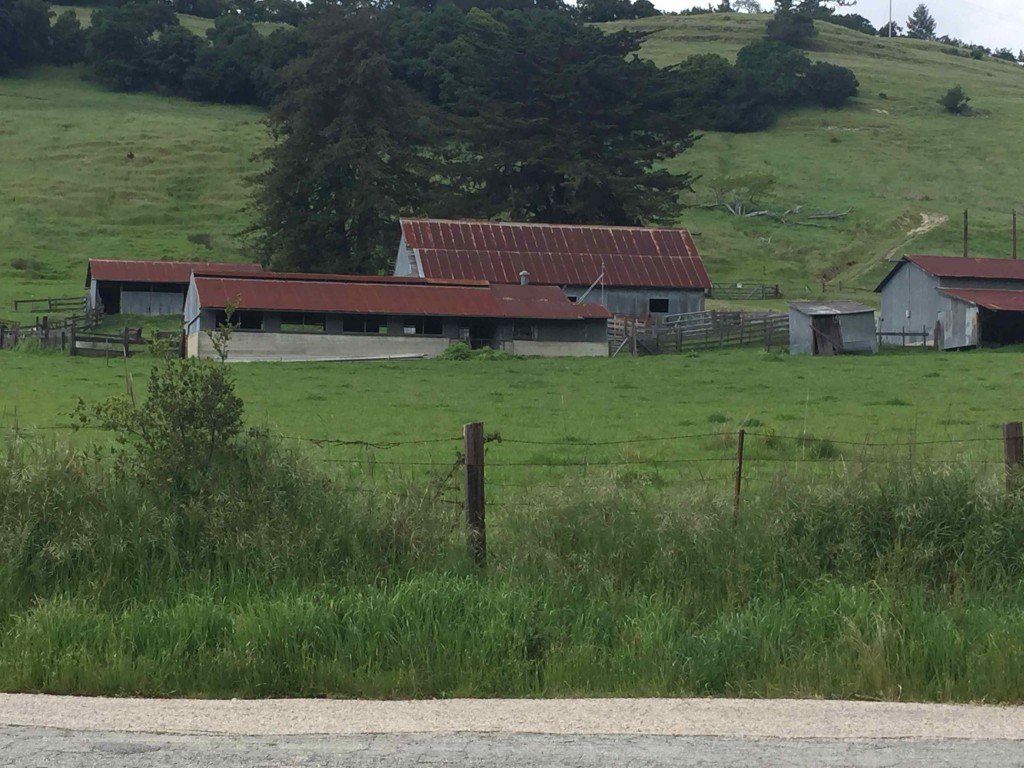 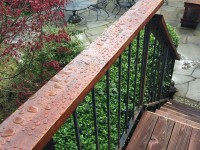 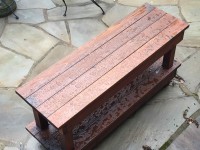 A very common initial conversation that takes place between myself and the potential client is a conversation regarding terminology.  Terminology regarding “care” for outdoor wood.  That would be shingles, siding, arbors, fences, decks, and the like.  We typically differentiate between what it means to seal a deck vs. to stain a deck.  We talk about sanding a deck vs. preparing a deck.

If you have questions regarding outdoor wood maintenance in and around your home, don’t hesitate to give us a call.  One mistake is likely to cost you.  If you get persuaded into using a cheap sealant or perhaps a solid stain, when in fact you were after a natural transparent stain, it could be a mistake that lasts a long, long time. 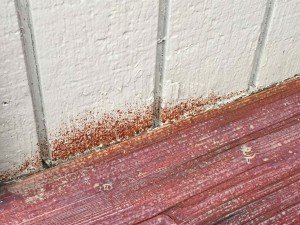 Here is a random example of a wood deck in Aptos California.  The boards on the left side of the picture are cleaned and still wet.  The boards on the right are stained with a mixture of natural brown tones.  Tones are almost impossible to describe.  Beading water isn’t. 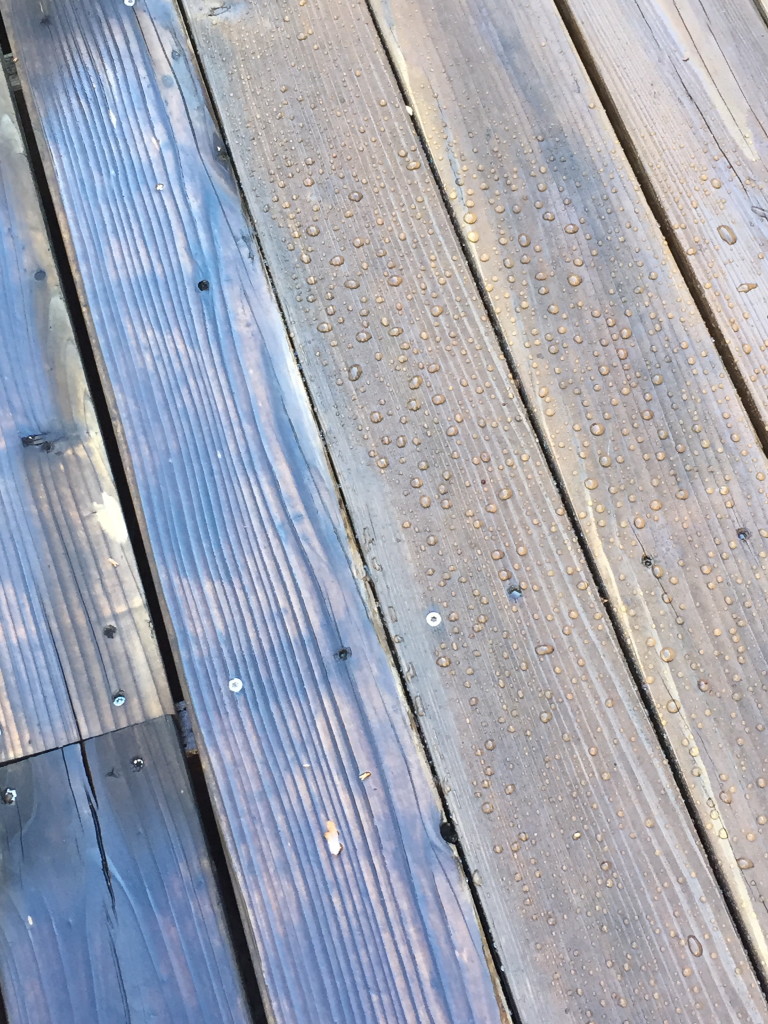 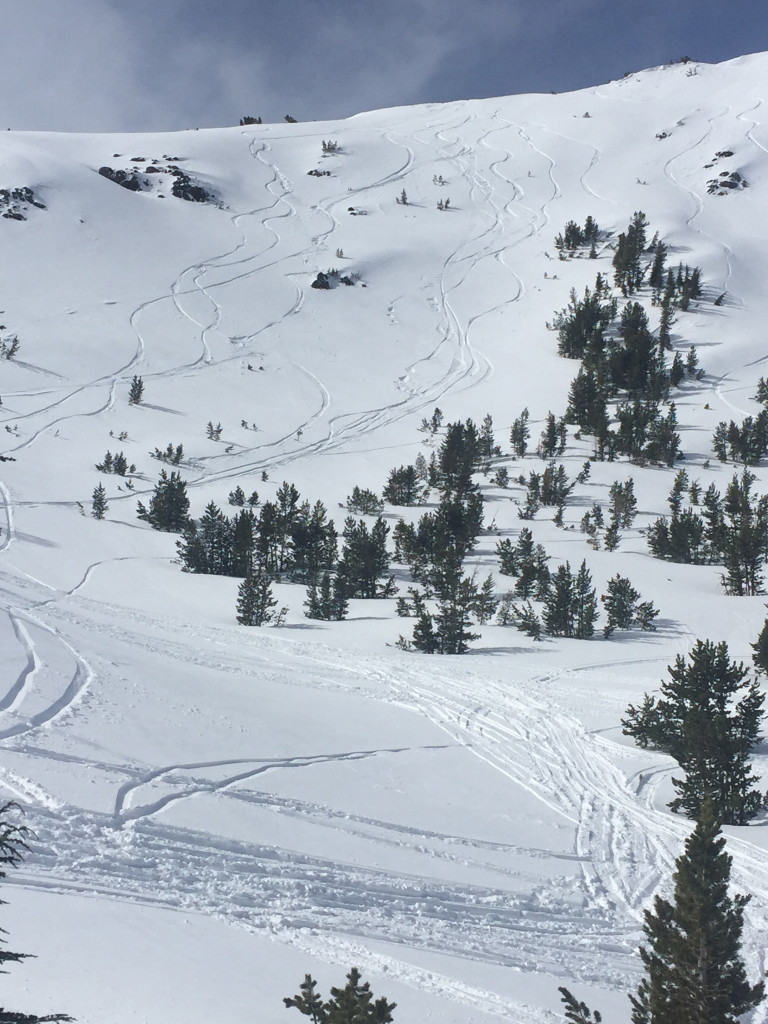 This is Redwood Tone on 18 month old boards.  Upper Westside of Santa Cruz.  This was one section of eleven. 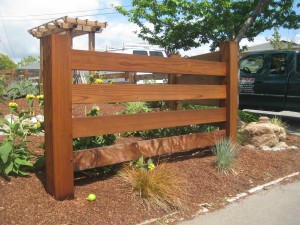 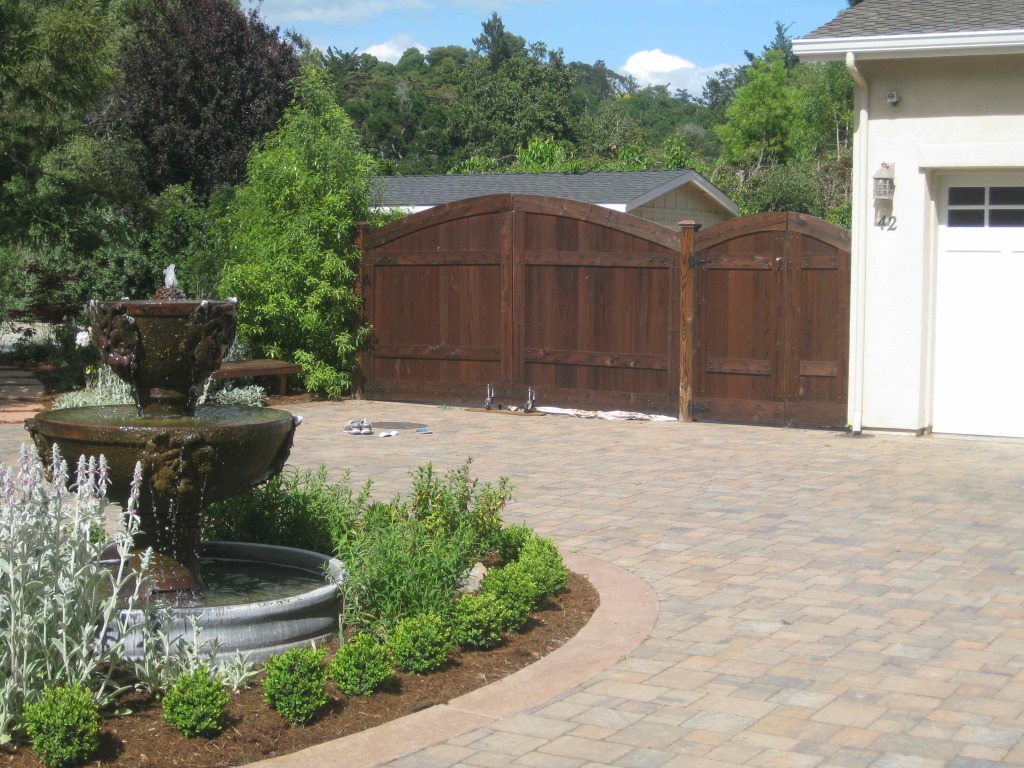 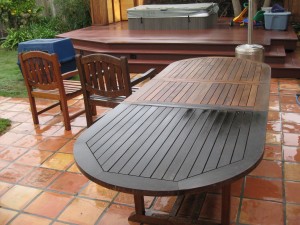 David: Why didn’t you roll that hose up at your job?

Me: I was grizzled.

David: What does that mean?

Me: It means I was too tired, cold, and cranky.

David: Oh.  When are you going to roll it up?

Me: You think so huh?

Me: Ok hold on, let me get my camera

David: Why do you need to get your camera?

Me: Oh, just because…

Tools of the Trade

Work as hard as I did on the 4th of July for this beautiful 82 year old lady, and you too can have a brilliant white smile like mine.   Always making it right! Pictured: Aaron Lubell & Joan Paul (Schwarz). Felton, CA

My New Friend For Life! 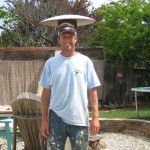 The King of Added Value 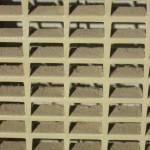 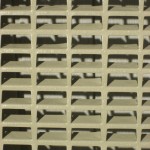 Can you stain the jacuzzi too?? 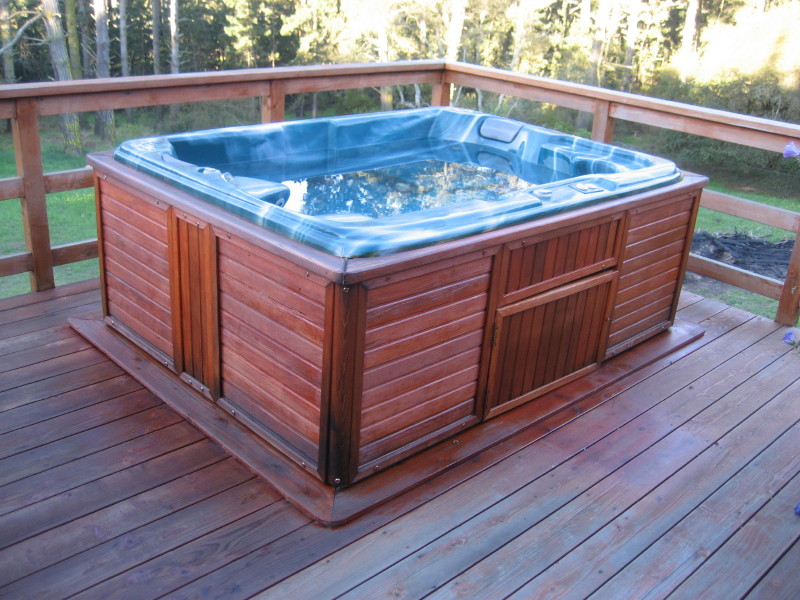 ..if you promise to let it dry overnight